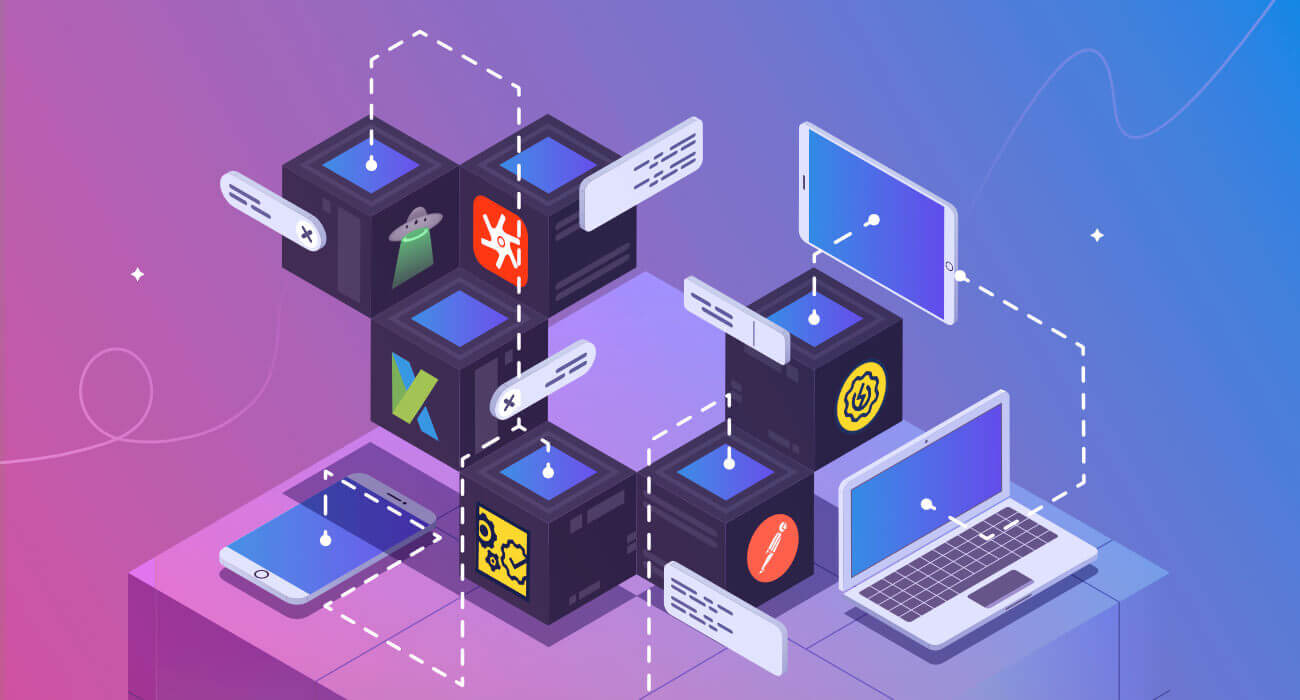 API is the layer that sits between the user interface (UI) and the database layer in creating software applications (apps). APIs allow data and communication to flow from one software system to another.

API testing tools have mostly focused on the message layer, which includes REST APIs and SOAP Web services that may be transmitted through HTTP, HTTPS, JMS, and MQ. This is now an essential part of any Automation Testing.

API testing cannot be done manually due to the nature of the API, and hence, we must use API test tools to test APIs. We'll look at a few of the best API testing tools in this article.

What Is API Testing?

API testing tools are a sort of software test that verifies Application Programming Interfaces (APIs) (APIs). Programming interfaces must be efficient, quick, trustworthy, and secure for them to be used. Instead of leveraging normal human inputs (keyboard) and outputs, API testing tools use software to perform API requests, retrieve output, and record the system's response.

API tests are unique from GUI testing in that they do not focus on the appearance and feel of an application. It focuses largely on the software architecture's business logic layer.

Top API testing tools enable testers to check a variety of factors, including:

How to Choose the Best API Testing Tool?

API testing is unquestionably important for detecting flaws across several layers of your application and providing a consistent client experience. However, there are other ways and technologies on the market. How can you obtain the return on investment you need to accomplish the automation required to provide high-quality software at the pace required by Agile and DevOps initiatives?

All testers should find API testing tools to be simple to use. This implies that a novice should be able to test APIs without any problems and get up and running quickly with minimum coaching. The solution should be user-friendly and visually pleasing while still providing adequate functionality to carry out challenging operations without the need for scripts.

A unique extensible framework, for example, is a key trait to watch out for automated checks and assertions, Test reusability, and other factors.

Building a successful CI/CD pipeline is a difficult process that involves following several CI/CD best practices, making decisions and much more. Whether you're a large DevOps team or a single developer working alone, the more practical, real-world expertise you can rely on when making CI/CD tool selections, the better off you'll be.

While more experienced developers may pass on their knowledge to less experienced team members, the ever-changing nature of DevOps means that even the most seasoned developer can gain.

Rest API testing tools that support all of the relevant message protocols and data formats must be used by organizations. Technology is growing at a breakneck pace, and we are witnessing the adoption of new technologies on a daily basis while old technologies continue to be used. This means that an API testing tool should be able to work with both old and new technology.

The tools should be visually appealing and straightforward, with all of the features needed to test APIs without scripting. The tool should have features such as;

Knowing the aim of the API test tool will establish a strong basis for you to well plan your decision. You may define the verification strategy using this step as well. Make sure that the tool you choose has all the fundamental features that are required for your specific application.

You should also look at the possibilities of limitations as you scale in the API testing tool that you choose.

When using an API testing tool, QAs often either utilize its out-of-the-box solutions or construct a unique framework out of its parts. Certain API testing technologies are preferable for developing an automated framework (RestSharp, REST Assured, and Requests), while other tools (Postman, SoapUI, Katalon, and jMeter) may be employed as they are.

Katalon Studio is a powerful automation tool with a Selenium-based engine that was first launched in January 2015. Katalon is primarily intended for creating and reusing automated UI test scripts without the need for coding. Katalon Studio enables automated testing of UI components like pop-ups, iFrames, and wait times. Microsoft Windows, macOS, and Linux are all supported by the program. 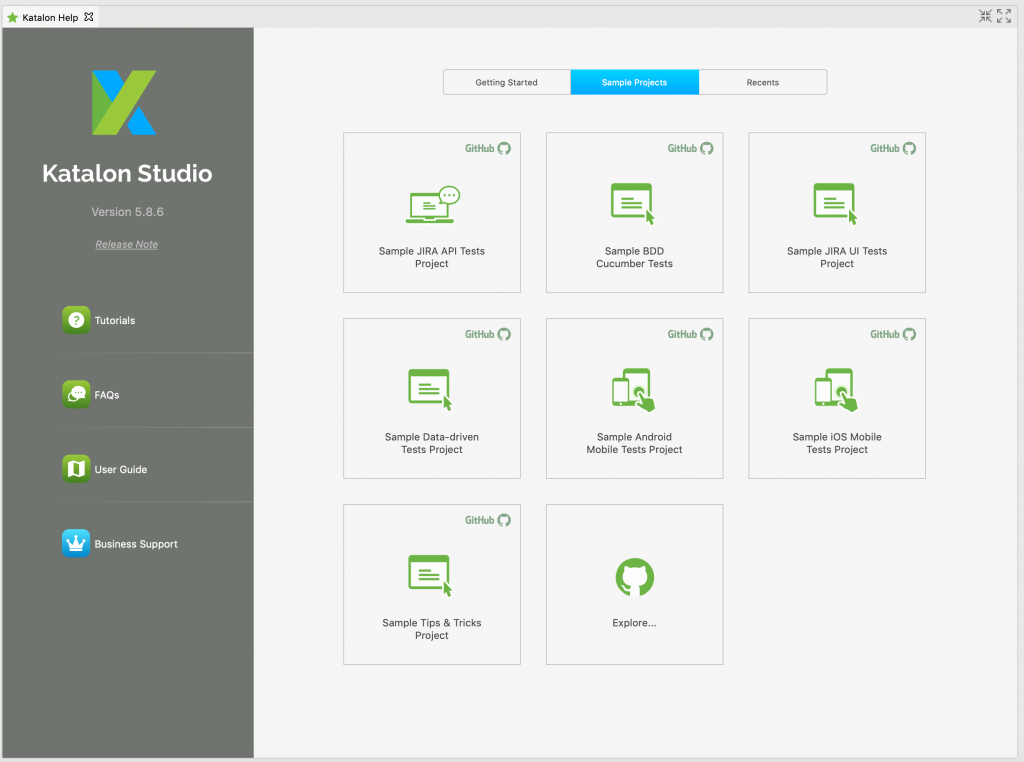 Operating systems ranging from Windows, Mac OS, and Linux can all execute Postman. It gives programmers more room to create APIs. Functional testers can write tests for API requests using Postman without having to spend much time coding scripts.

For manual Rest API testing, Postman comes highly recommended. In comparison to Postman, an automation tool designed for API testing can help QA teams in a number of ways when dealing with complex and in-depth API tests. One of them is the benefit of test frameworks and collections that are well-structured. 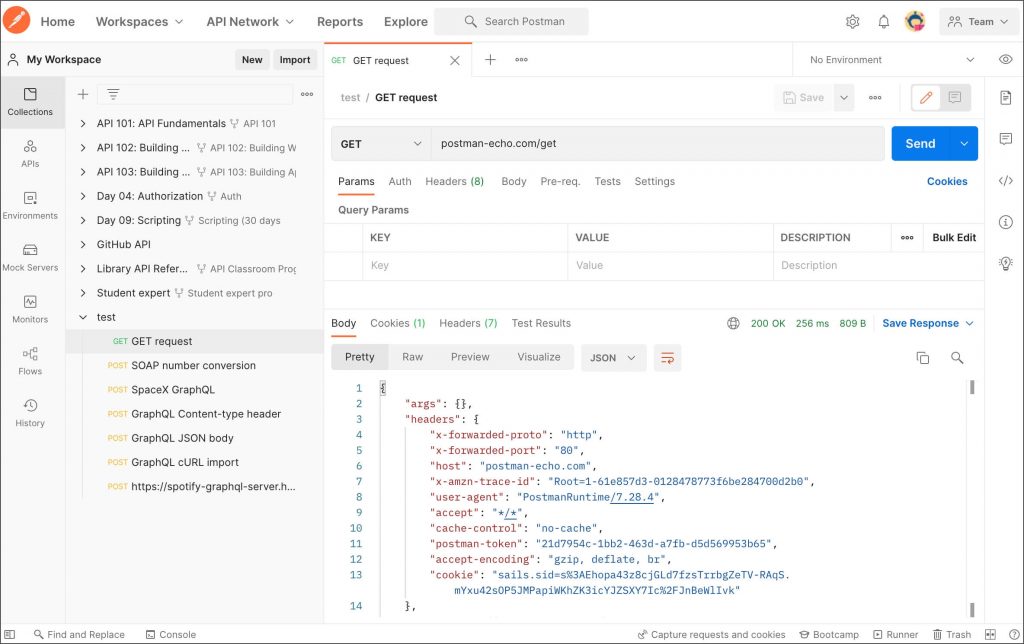 One of the most widely used libraries for testing RESTful Web Services, it is Java-based and makes testing and validating Rest Services simple. Any Java IDE will work for writing the code needed to test our API. REST guaranteed is useful for creating test cases for big APIs in both tiny Unit tests and big automation frameworks. 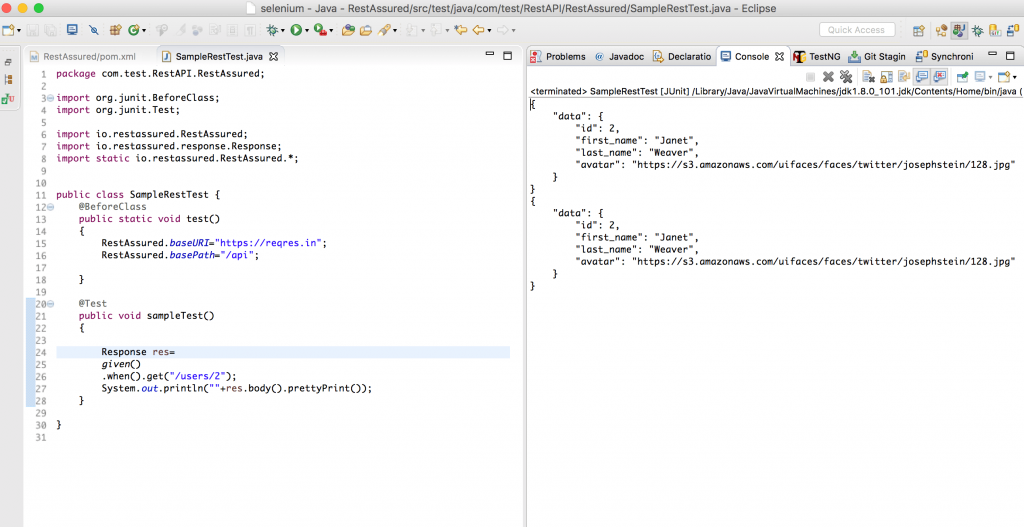 Apigee Edge is an API development and management platform. Edge offers an abstraction or façade for your backend service APIs by fronting them with a proxy layer, which includes security, rate restriction, quotas, analytics, and more.

ReadyAPI is a single interface that allows teams to build, organize, and run automated functional, security, and performance tests, speeding API quality for Agile and DevOps software teams. Import API definitions such as OpenAPI/Swagger or AsyncAPI, test and record live API activity or virtualize web services to eliminate pipeline dependencies to get started. 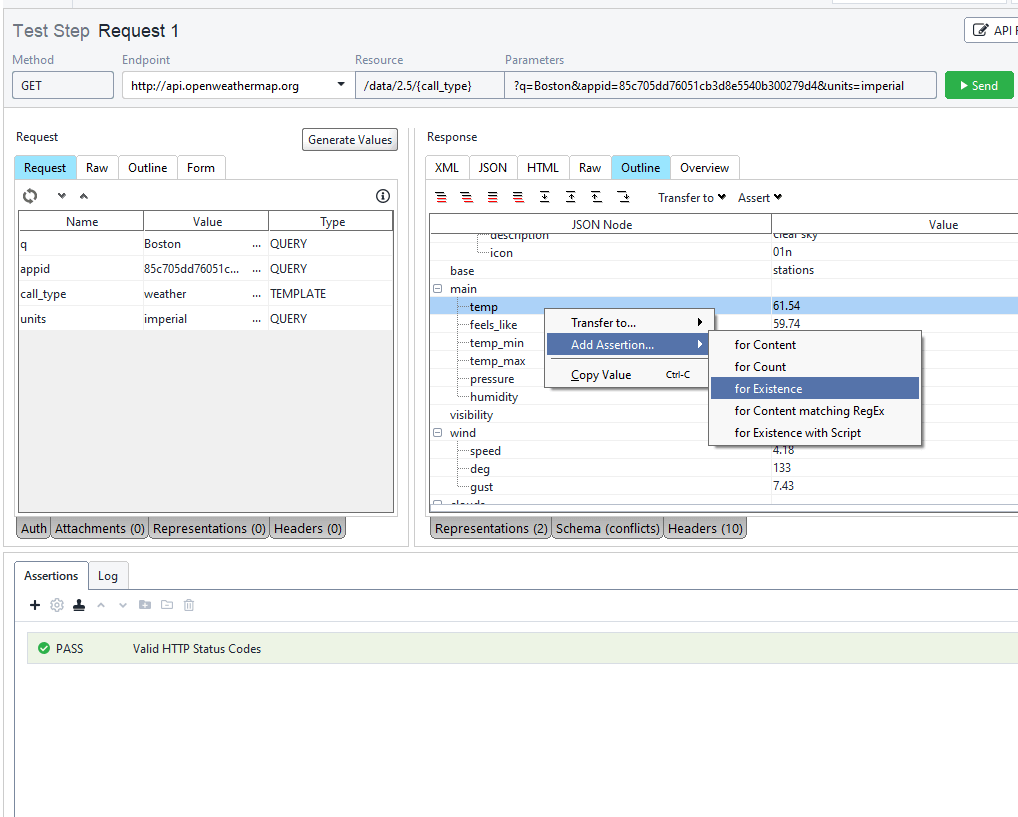 JMeter is a piece of software that allows you to do performance, load, and functional testing on your online applications. JMeter may also create thousands of virtual concurrent users on a web server to mimic a significant load on the service. JMeter is a free and open-source program. This implies that if you choose, you can obtain JMeter's source code and study and alter it.

Assertible is a website security software that is available online. By offering easy and strong assertions to test and monitor your APIs and webpages, Assertible provides a dependable first line of defense against web service failures. Reduce the frequency of false positives in your automated QA tests and be certain that your APIs are in good working order.

Paw is an excellent API tester designed specifically for Mac users. While this is a useful tool, it has one clear flaw: it is not cross-platform.

Paw is a full-featured tool that, in addition to its visually beautiful user interface, offers you access to many common testing functions, such as functional tests, performance evaluation, security validation, and more, when you pay $49.99 for the software. 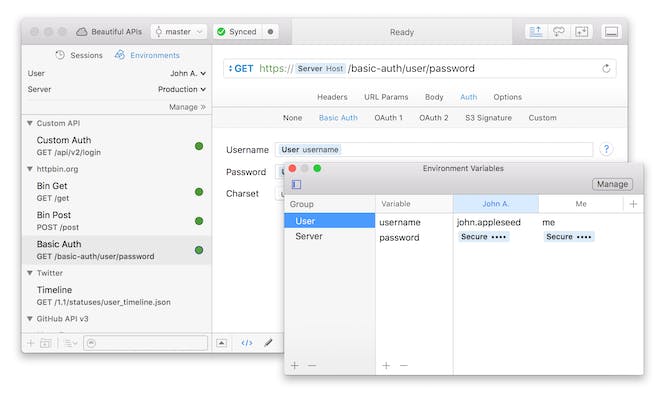 SOAPUI is the most widely used open-source cross-platform Rest API testing tool. It enables testers to do automated functional, regression, compliance, and load tests on a variety of Web APIs. To test all types of APIs, SOAPUI supports all standard protocols and technologies. The SOAPUI interface is intuitive and easy to use for both technical and non-technical users. 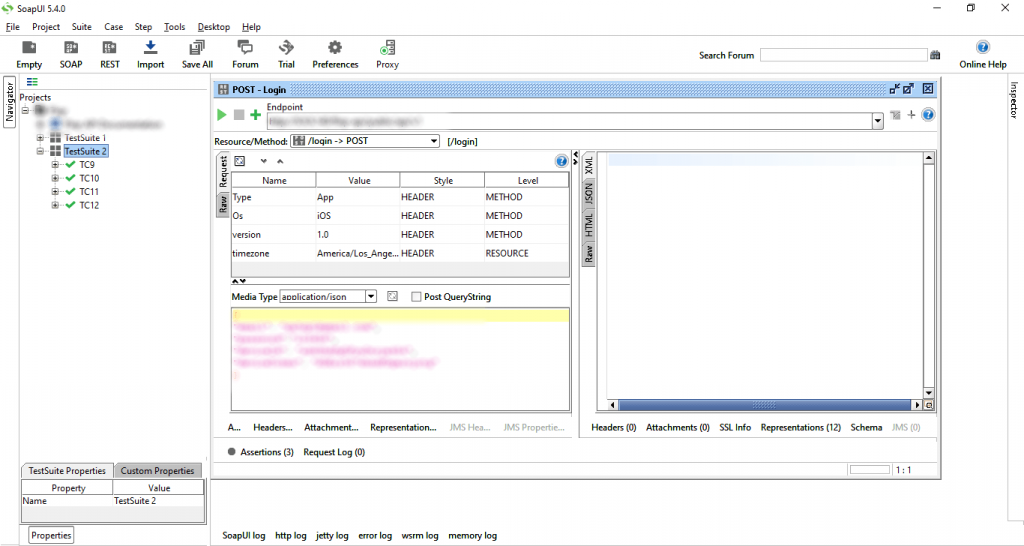 Karate is the only open-source solution that integrates API test automation, mocks, performance testing, and even user interface automation into a single, unified framework. Cucumber's BDD syntax is language-neutral and simple enough for non-programmers to use. There are built-in assertions and HTML reports, and you may run tests in parallel for speed.

Despite the fact that we have presented some of the best API testing tools on the market, it is essential to consider the advantages and disadvantages. You may need to be adaptable and explore a variety of possibilities before settling on the one that best meets your needs.

Even if all of the solutions listed in this article have a good reputation, the best API testing tool will always be the one that best meets the demands of the business or project. 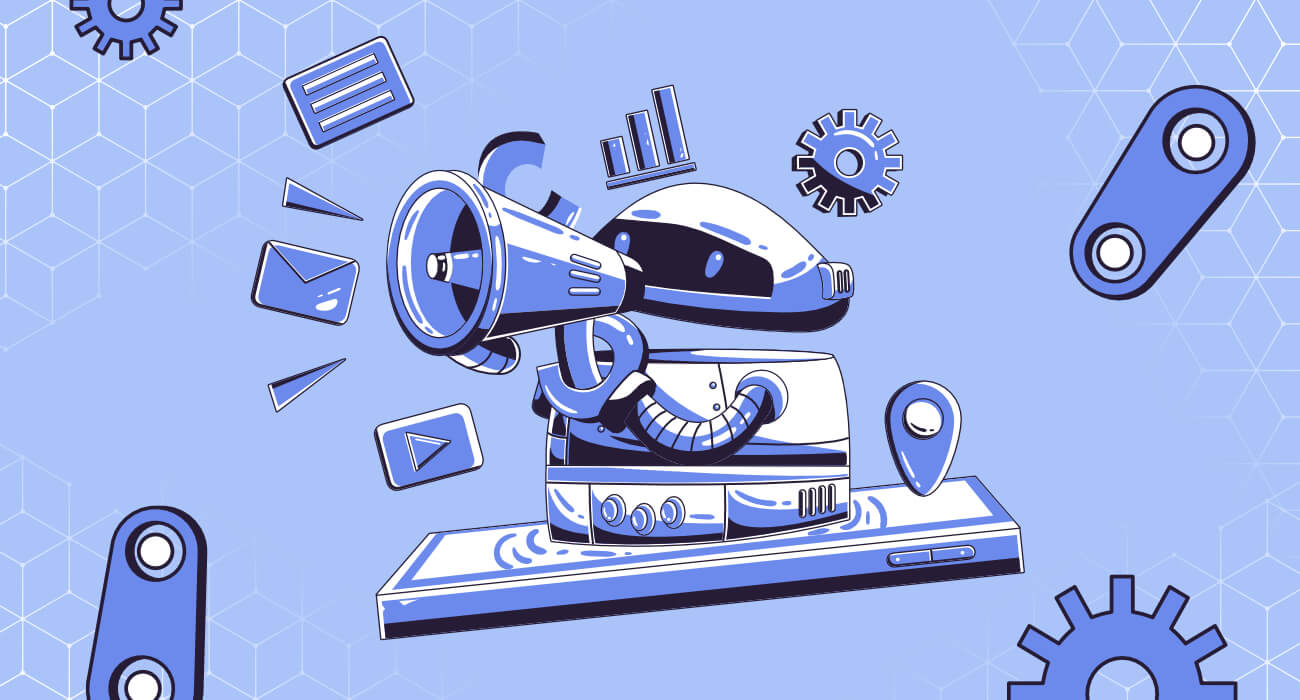 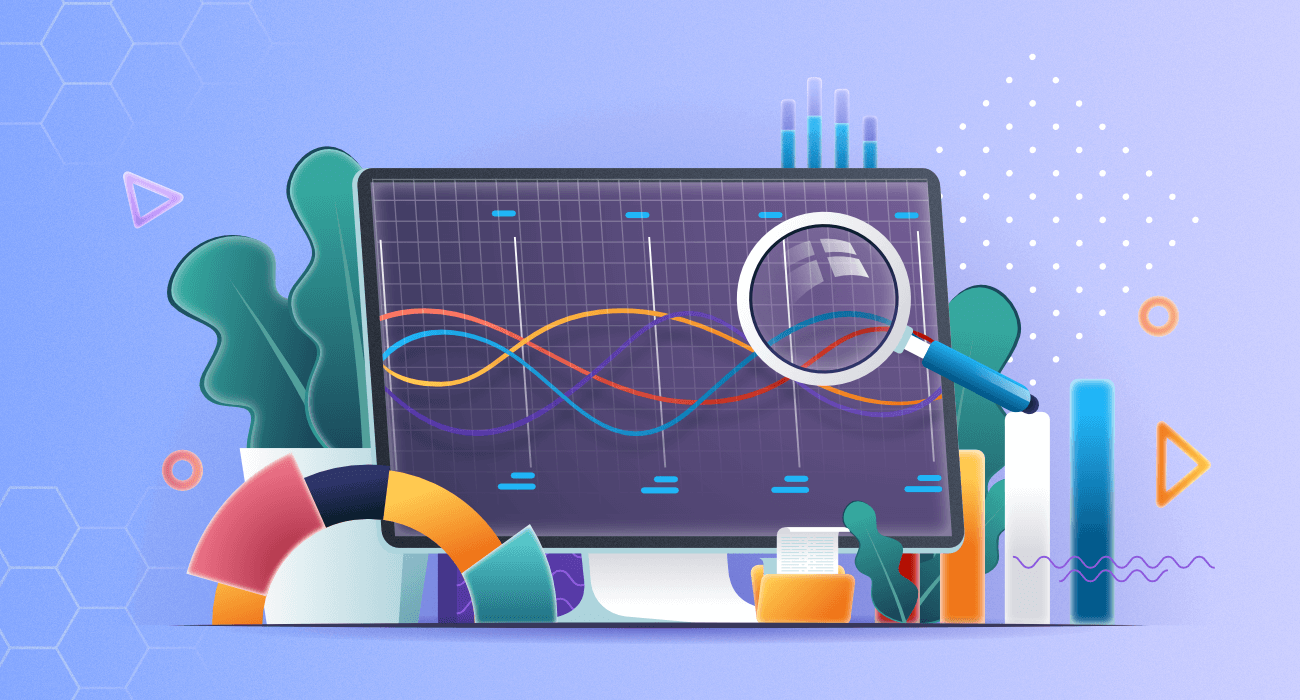 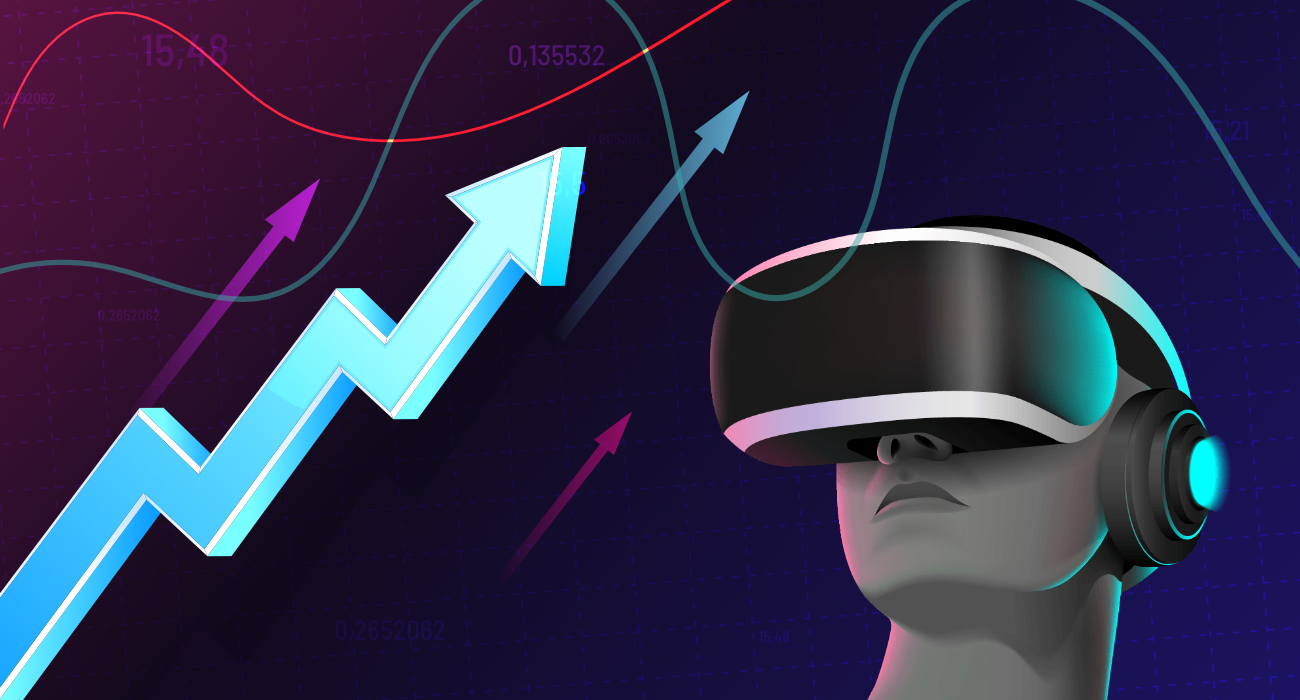