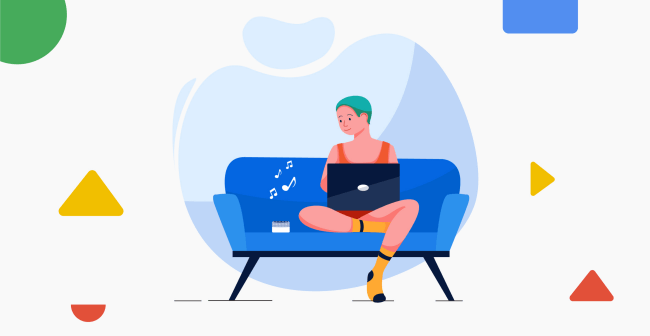 After being spotted at the FCC with the name GXCA6, Android Police and others got hold of an official Google photo. Google has independently confirmed that this is indeed an upcoming Google device.

Google tried to be one step ahead of the online leakers and revealed what its next smart speaker will look like.

It is expected to be a Nest-branded successor to the recently retired Google Home. According to the photographs released, the design of the new speaker falls somewhere in between the Nest Mini and older, larger Google Home Max.

Are you excited about Google’s new Nest smart speaker? If yes, let us provide more details about it and what exactly will it be called?

It was about time for Google Home, the oldest of Google’s speakers to be replaced with a popular size of the speaker. This is when the company decided to go for a new Nest Smart Speaker.

Google had already skipped over a couple of launch chances in the year 2020.

And, it was obvious that there were a wide array of devices that were going to come this year, including a new Android TV dongle, the Pixel 4a, the Pixel 5, and now this new smart speaker.

Originally it was thought that Google would launch the smart speaker with new devices in October 2020, but due to a recent leak, it was rumored that Google had plans to launch the product on 13th July 2020.

It was also reported that the new Google Nest Home Speaker was to be announced at the I/O conference in May, but it was canceled due to pandemic.

Google has since released a photo and a short video of the speaker. In simple words, it means that the IT giant plans to make an official online presentation soon. But, we are still to receive an official statement about its release from the tech giant yet.

It is now being speculated that Google is expected to announce its new Pixel phones this fall. So, maybe, this Halloween we can expect the launch of this new Smart Speaker.

3. What can be speculated about the Smart Speaker from First Glimpse?

The photo of the device was reportedly sent to multiple media outlets in a combination of video. All this was done to unveil the product and confirm the Google Nest team was “working from home” on it.

As per the supplied press imagery, the device appears to be a rectangular smart speaker with rounded corners and a soft-blue texture. It also consists of Google Assistant’s dotted lines. The good news is, it can even stand vertically.

When it comes to the design part, it proposes to fit in right between the Nest Mini and Google Home Max. The speaker is intended to replace the original Google Home, which has a long tooth.

According to the photographs leaked, the speaker seems to consist of a “G” Google logo on its back and roughly 22 cm (8.5 inches) tall and 15 cm wide.

There seems to be a familiar mute switch on the back and a single port that is likely for the included power supply.

There seems to be no USB port and no 3.5 mm audio jack. All in all, it would make for a perfect wireless speaker.

What is it called?

It is code-named “prince.” The speaker is said to be termed as an “interactive media streaming device” sounding a modern way of saying “smart speaker.” It will come with Wi-Fi and Bluetooth capabilities, and a 30-Watt DC power supply.

This new device has already passed through regulatory bodies, including the FCC and the Japanese equivalent. It is likely to have a medium-sized speaker and its design would more or less match the Nest Mini and Nest Hub devices. It is going to be covered in mesh and will offer minimal controls. It will be available in two colors: grey and pink.

It will be mainly powered by Google Assistant and controlled with the help of the Google Home app on your phone. It will have skills of other devices and thus you would be able to easily add it to your speaker groups around your house.

It will also support Bluetooth and so you can expect it to work as a standalone Bluetooth speaker, if you wish to. You would also be able to use voice for control.

6. Expectations of the Audience from Google’s New Nest Smart Speaker

When the original Google Home was launched in the year 2016, audiences were quite impressed with it. However, a lot has changed in the last four years or so in the world of smart speakers. Google has already launched quite superior models in recent times.

So, audiences expected Google just like its biggest competitors like Amazon, Apple, and Sonos would come up with something great. Here are some of the things that people expect from the new Nest Smart Speaker to fulfill.

The original Google Home did not perform badly but it also did not blow off our mind with its audio prowess. In comparison to Sonos One – which is more expensive – it lacks robustness in the low end and clarity in mid & high frequencies.

If the new smart speaker takes a few cues from Google Home Max, the company can deliver a winning blow by integrating audio fidelity with a compact build and hopefully affordable pricing.

The audio drivers in the Google Home are nothing to shout about. If you are a sound-focused buyer, you would probably be eyeing for Google Home Max. However, it is a shame to hear such a vast range of artists through inferior speakers.

Google Assistant has tried to combine the greatest music library of any smart assistant with the help of Google Play Music and Google owner YouTube music, in case you sign up for the service.

The current model has the capability of connecting with external amps and speakers over Bluetooth. However, getting a physical AUX port would prove to be a real winning deal for listeners concerned about losing audio quality over air.

The ability of a smartphone to detect the voice precisely is critical for success and Google did not go all guns blazing with the original Home Speaker.

The Google Home had just two microphones in comparison to Amazon’s Echo which had a seven-microphone array, designed to pick up your voice from every angle.

Hence, if Google wants to beat its competition, it needs to ensure that its microphone array is watertight.

Right now, there are no Google Home or Google Nest speakers that are portable. Hence, it would be great to see a portable model.

It would also be great if it has an IPX4 waterproof rating too. After all, who wouldn’t wish to take your smart speaker to the garden on rainy days!

Time will tell if Google’s new Nest Smart Speaker will live up to its expectations. After a long time of lull due to the COVID-19 pandemic, we are seeing a company planning to launch a good product in the market.

We need to give a big round of applause to the positive attitude shown by Google for contemplating on launching a new smart speaker in replacement of the old Google Home.

It is a step in the right direction, and hopefully would pave the way for other companies to follow suit, and launch innovative  products in the future too!